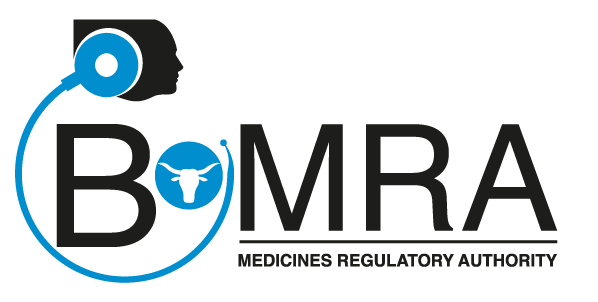 Methotrexate (MTX) is a drug developed as a structural analogue to folic acid. As a folic acid antagonist, it blocks the synthesis of purines by inhibiting numerous regulatory enzymes. MTX produces an intense anti-inflammatory action and inhibits cell division. MTX is used in treatment of certain neoplastic conditions, rheumatoid arthritis and psoriasis. It is reported that muscle spasms could be associated with MTX, especially in those patients on chronic low doses.

Muscle spasms associated with MTX could impair the quality of life of patients, especially long-term users with chronic diseases. Prescribers need to be aware that muscle spasms could be present with the use of MTX and watch their patients for this possible adverse reaction. It is important to educate the patients about this adverse reaction and encourage them to report such experiences.

Methotrexate is a registered product in Botswana. Muscle spasms or muscle cramps are not currently mentioned in the product information leaflet (SmPC). Click the link below for further information.

Vaginal clotrimazole is indicated for vulvovaginal infections with Candida species, and available as creams and as vaginal tablets.
The imidazole clotrimazole has a broad spectrum of fungistatic activity against skin infections with yeasts and moulds by inhibiting ergosterol synthesis. About 3 to 10% of vaginally applied dose is systemically absorbed.

Prescriber should inform women about the occurrence of vaginal haemorrhage with the use of clotrimazole in a similar way as with vaginal miconazole. Attention for this association is warranted, since vaginal bleeding may be indicative for additional vaginal or endometrial conditions. Patients should be encouraged to report such.

There are 5 Clotrimazole products registered in Botswana. For further information on the article click here.

Clomifene Citrate (clomiphene) citrate has both estrogenic and anti-estrogenic properties and used for induction of ovulation since 1962. Clomifene Citrate is reported to have been associated with visual problems, especially with increased dosage or duration of therapy. Visual Symptoms like blurring is mentioned in SmPC of Clomifene Citrate https://www.medicines.org.uk/emc/product/961. However, it is stated that the visual symptoms are mild and reversible. The visual disturbances may become irreversible with increased dosage or duration of therapy. If the patient complains of visual disturbances, treatment should be discontinued, and ophthalmologic evaluation performed. Clomifene Citrate is registered in Botswana and based on its wide use prescribers are urged to be cautious when prescribing Clomiphene citrate to patients.

Azathioprine (Azathioprine®, Imuran®) is an immunosuppressive antimetabolite that is indicated for the treatment of Crohn’s disease, ulcerative colitis, rheumatoid arthritis, systemic lupus erythematosus, dermatomyositis, polymyositis, autoimmune chronic active hepatitis, pemphigus vulgaris, polyarteritis nodosa, autoimmune haemolytic anaemia and chronic refractory idiopathic thrombocytopenic purpura. Erythema nodosum (EN) is a cutaneous disorder that is characterized by tender red nodules, commonly on the shins of the lower legs, and without the formation of pus. The nodules disappear spontaneously within three to six weeks and resolve without residual scarring. However, the nodules can return after a period of time. EN can be triggered by exposure to medicines and micro-organisms but can also occur in combination with systemic diseases. EN is estimated to occur in up to 15% of patients with Crohn’s disease and is linked to an increased disease activity of inflammatory bowel disease. EN is more common in women than in men, and mostly arises in early adulthood. Cases of EN are reported with use of Azathioprine. A total of 4 cases were reported in Netherlands, a further 70 cases on Eudravigilance and 94 on the WHO Global database. In majority of the cases patients recovered 3 weeks after withdrawal of the Azathioprine. Prescribers, while prescribing Azathioprine are therefore urged to inform patients and be on the lookout for EN. For further information please click here.
Azathioprine and Erythema Nodosum

6. Loperamide and Acute Pancreatitis in Patients with History of Cholecystectomy: Signal Strengthening

Loperamide is an over-the counter (OTC) antidiarrheal with opioid receptor affinity. WHO global individual case safety reports database has received 35 case reports of loperamide and loperamide: simethicone and pancreatitis or acute pancreatitis. The recent safety signal communication from WHOI International drug monitoring program strengthens association between loperamide use and pancreatitis. Pancreatitis is not labelled in the European SmPC available at the Electronic Medicines Compendium https://www.medicines.org.uk/emc/product/188/smpc nor on the US FDA’s label. Loperamide is a registered medicine in Botswana and it is available as OTC medicine. Therefore prescribers, pharmacists who dispense loperamide as OTC medicine are urged to be cautious with the use of loperamide. It is important to educate the patients to report any symptoms immediately. Click the link below for more details on Loperamide use and acute pancreatitis.
Loperamide and Acute Pancreatitis

Find the links below for the downloadable files

Designed And Developed By Ntebogang Technologies